My Halloween Series was abruptly cancelled due to personal reasons. I do apologize for not posting any announcements. However, despite my mental/emotional health issues, I was not about to disappoint my princess who has not forgotten that she’s going to be a Winter Princess this year – at least in my household.
I had already purchased the materials as I find them and, did work on her outfit 6 months prior – that is before I started to lose my grip with my battle that I ended up putting a lot of things in the back burner. Eventually, I tried picking up where I left off with the refashion, only to have ruined the whole thing since my muse was never home when I was working on her outfit. And I would never ever say no when her dad finds time to be with her. That is more important than an outfit and a blog post!

With literally a week before our church festival, I was forced to buy an Angel costume @ TJ Maxx. I knew I had to turn that into a Winter Princess with the materials that I already have. She had already worn the outfit in its “raw” stage to her school Boo Bash and garnered some WOWS. That fueled me to work on it to finish everything from head to toe – and the bucket too! I guess in the end it worked out when almost each booth we went to complimented my angel’s costume.

The snowflake is an ornament from Beverly’s. Her belt is a snowflake garland also from Beverly’s
The feathers on her bucket was originally from the costume.
Her wand is an ornament from the 99c store. I just bought a beaded wand from Dollar Tree, took out the beads and attached the snowflake and used glitter pipe cleaners.
Her head piece is a tree ornament from Walmart. I took out the clip and attached it to a bobby pin.
Her cape – believe it or not, is a tree skirt that I got from Kmart for $0.00 – I used my points.

So what do you think? Does it still look like an Angel costume or A Winter Princess?

Keep Your Passion For Refashion.

***My daughter has requested to make her outfits for school in December. After getting some “pins[piration]” from Pinterest, I think I can make it work depending on my mental and emotional health*** As of today, I have materials for two designs…..stay tuned

We didn’t make any Halloween Plates this year because I didn’t get the chance to print the pictures, and I didn’t have money to buy the plates this year. I didn’t have enough plaster of paris to make our halloween ornaments. But, the important thing that I had to make was her costume which I manage to accomplish in time. That, and I didn’t think that my obsession with my Korean dramas will affect my real world. Lesson of the year is to better manage my time. LOL

I finally made a Halloween tree for home. I thought I wasn’t going to make it. I made this to place on top of our staircase so trick or treaters will know no one’s home and won’t go all the way to our balcony.

Made from the same tree branch as the Easter tree. Just painted it black, used a spam can as a base and added plaster of paris. I have left over wire garland not enough but it could always be embellished for next year.

I made this right after I made the pumpkin wreath. I was still trying to move on from a Korean drama that I was watching, and silly me- started a new one not thinking that I’ll be sucked in too. Fortunately, it wasn’t as bad that I didn’t have time to make any decor. So, I had an extra spiderweb wreath from last year with 3 glow in the dark spiders on. One afternoon, I was browsing at Party City and they have the BEWARE foam sign for 99c. I thought it would be cool to combine them together. This was meant to be hung where I took the picture – but I brought it at work and it stayed there. LOL

My daughter has not forgotten that I will be making her costume despite me having tried to convince her that she can get a new costume. She’s set on being a Fall Princess. We found a women’s skirt @ Goodwill, and I knew that was the right material for her dress. Bought a pack of leaves, fall flowers, and a tiara @ Dollar Tree. This was all bought before Septemeber, but as always, I didn’t start making this till last week and barely finished before yesterday’s Halloween Festival at our local church.

Even her big bro keeps saying that her costume is one of a kind. During the trunk or treat, almost everyone gasped at how pretty her outfit is. Naturally, I had to brag that I made it. LOL. My princess told me that I’m the best mommy ever for making her fell sooooo beautiful for a few hours. ***tears***

So, I made these last year. But, I feel bad that the bases weren’t of quality. It looked rushed and it wasn’t sturdy.

This year, I happen to come across a pack of black pots. I was so busy during summer, and was preoccupied with a Korean drama that I forgot where I bought them from. Although, I distinctively remember it was bought during summer because my unexpected guest was here then. Anyway, I thought I could use them as photo holders this year, but I decided to just update the trees at work. I was planning to bring plaster of paris and mix them at work, but I got shy the last minute and didn’t think I can pull it off in 30 minutes. So I just brought some left over rocks from my daughter’s project that we got from Dollar Tree to use as filler. Looks a bit better now, don’t you think?

This is the second year that I’m working on DIY decor. I honestly didn’t think I’d come this far. This year, money has been really tight, and I don’t know how I came about making these projects. I guess buying the materials as they become available helps instead of buying them altogether.

Anyway, our department started decorating for Halloween, and I was inspired the last minute to come up with a wreath. As always, the materials were bought at Dollar Tree/99c Store. The left one is the one at work, the right is on my door.

Why buy when you can DIY? 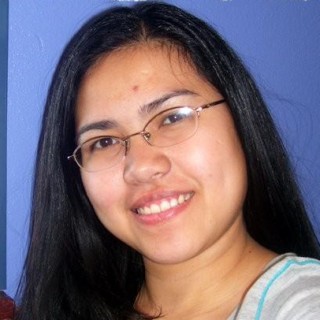